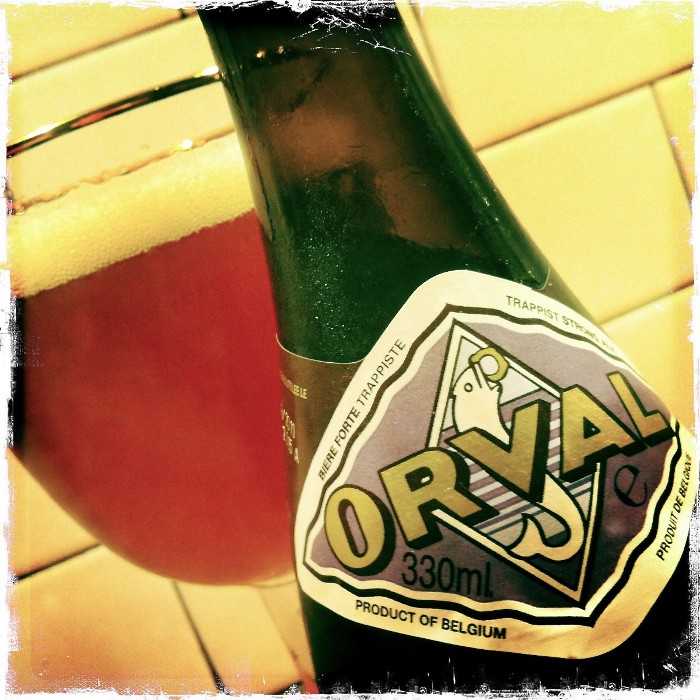 Orval label in detail
This picture was a courtesy of Matt Caldwell – http://onebeeratatime.wordpress.com

In addition to my visit to Brussels and Brugge in Belgium, I made ​​a visit to the cities to my beloved namesake beers: Rochefort, Orval and Chimay
In this post I’ll talk about Orval.

My initial plans were to also visit the Abbey of Saint Sixtus, which makes Westvleteren, but I think you have read about my failed attempt.

I rented a car in Brussels and made the trip to all the abbeys on the same day. It’s easy to do everything in one day, and from what I can see, there is not much to do in these cities apart visiting the monastery / brewery / pub.
All of them are set in remote areas, almost rural, so do not expect to get there by public transport easily.
Rent a car with GPS and be happy.

My itinerary was:
1 – From Brussels to Rochefort
2 – From Rochefort to Orval
3 – From Orval to Chimay
4 – From Chimay to Brussels

I chose this route mainly because all these cities stand in southern Belgium, and it is easier to do everything in one day.

Going to Orval, I thought, “Gosh… I started with bad luck, Westvleteren was closed, then I went to Rochefort and was also closed.”
Ohhhh my friend … My luck was to come!

Just when I arrived at the Abbey I had a surprise: The beauty of this abbey is unique, reminiscent of a castle! 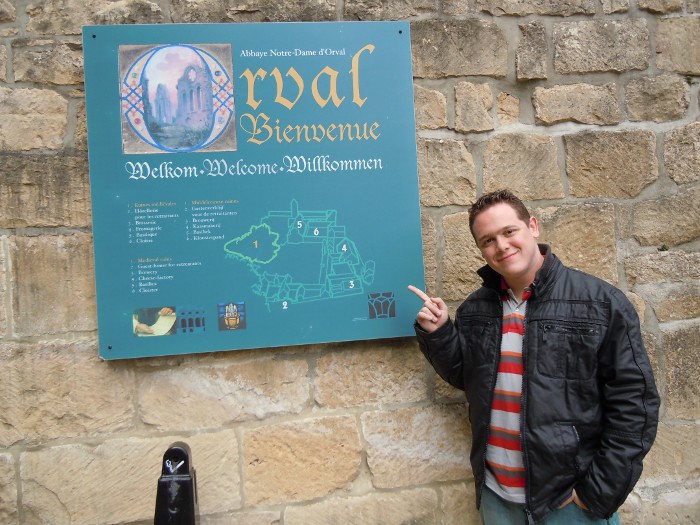 Arriving there, I realized that I had to have registered at their website and I had not done it, so I humbly speak to one of the monks who were at the entrance and like other monks I met, he was extremely friendly and let me enter.
And that was not all, they gave a bottle opener to each one and a ticket to drink beer and eat cheese, all for free!!! 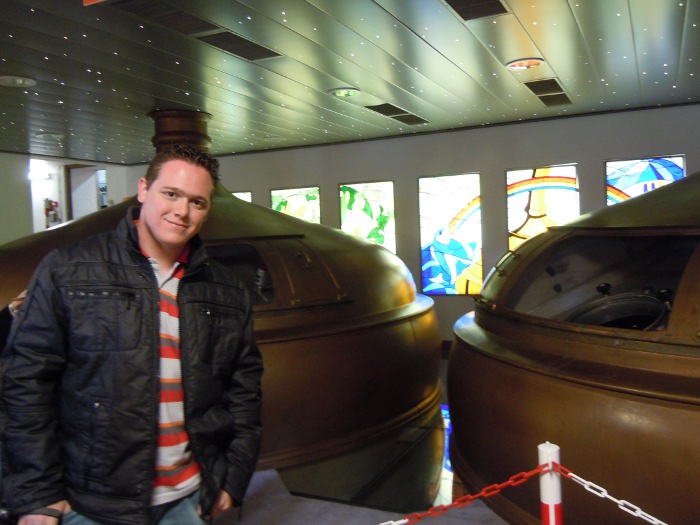 The tour began at the beginning of the production line, at the mashing tuns 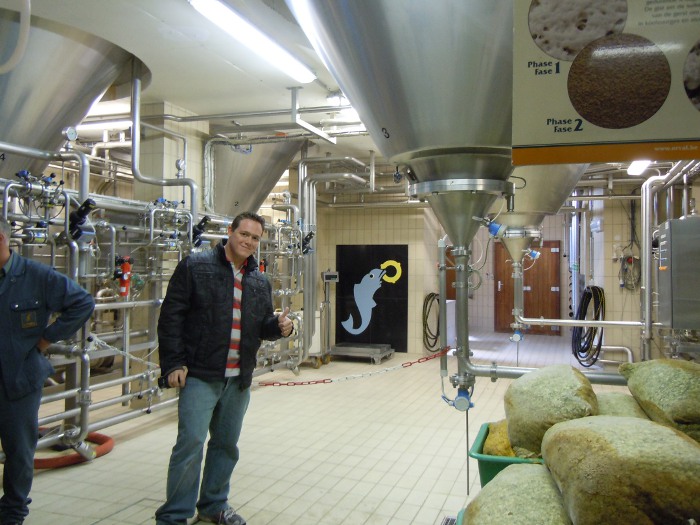 This is the fermentation area, note the bottom of the cylinders that are at the top. This bags on the right are whole-leaf hops 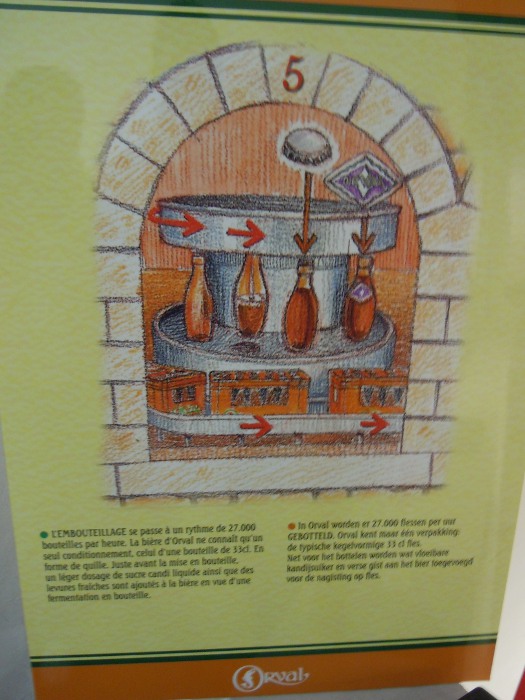 During all the tour, pictures illustrates the production process

There was some problems on the filling/labeling area, so I could not see the production line running, but the videos below gives you an idea:

After the tour at the assembly line, we went to the bar, where we had Orval and Trappist cheese! \ o /

If you never had an Orval, you may not understand my passion for this beer, which in my opinion is one of the best in the world.
It does not fit into any specific beer style, so it fits in Speciality Beer category.
It is refermented with Brettanomyces, which gives a very distinct aroma and flavor, as well as dry hopping, which is not common on this side of the world.

Do you have Orval my monk brother ? 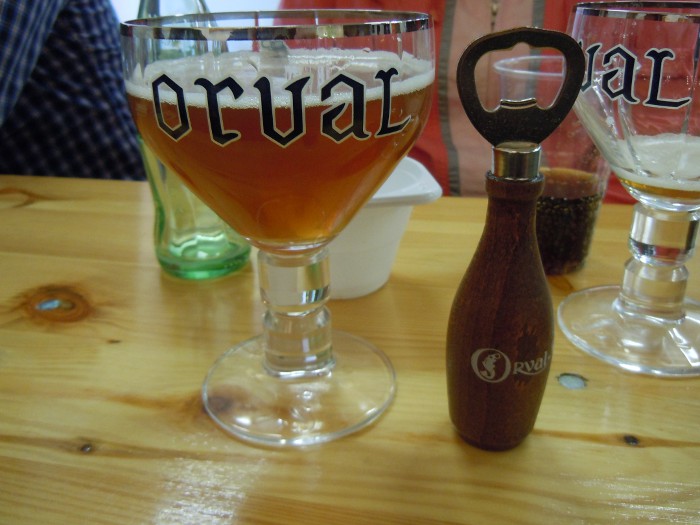 Courtesy of the monks, Orval and a personalized bottle opener

Outside, they improvised a bazaar, where they sold the glasses, beers, cheeses and collection items such as larger bottles, books, plates and trays. 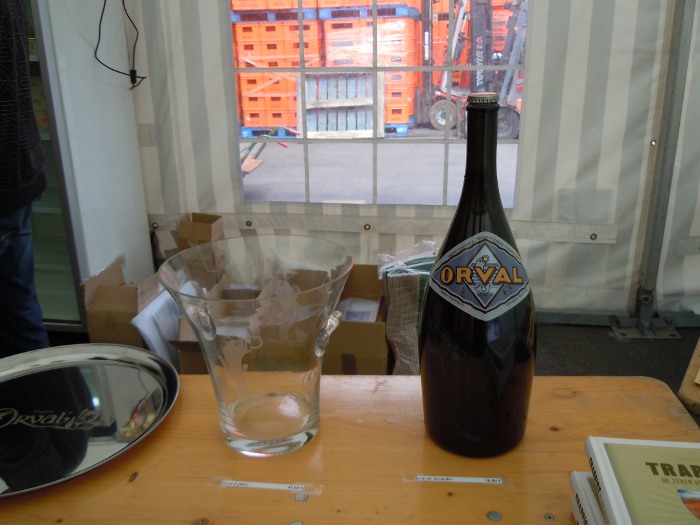 In addition, they were selling several cheeses. The beer cheese is the best I’ve ever had.

Finishing with a perfect pout, at the right temperature, the right chalice, by the right person!

The Orval monastery is the most beautiful I have ever visited. The old building has an medieval look like a castle and is situated in a vast field, pretty much everything that blends high-tech brewing equipment with the rustic and provincial site. 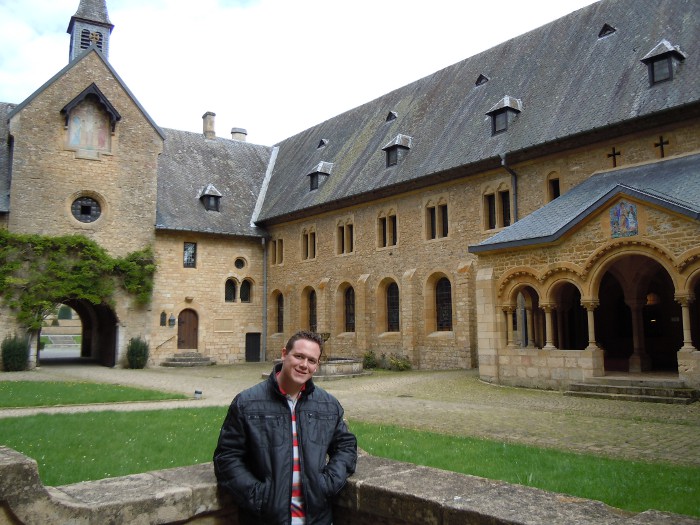 Saying goodbye after a nice visit, full of Orval and cheese!